What is Charismatic Leadership? 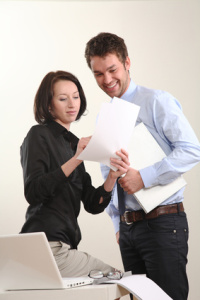 As previously mentioned, charismatic leaders are communicators who are extremely skilled.  These individuals are very eloquent verbally and they have the ability to communicate with the people they lead on a profound, emotional level.  One of the advantages of charismatic leadership is the ability of these individuals to articulate a captivating or compelling vision.  They have the capacity to evoke strong emotions in their followers as well.

In addition, charismatic leaders have the distinct ability to dissect and decipher any inefficiency within an organization.  These visionary traits attributed to this leadership style often result from critical thinking, the compilation of facts and finding ways to solve a variety of problems.

Charisma is essentially a process – an interface between the characteristics of a charismatic leader, the group that is being led, their identification with their leader, their needs and the circumstances that require a charismatic leader like a crisis or need for change.  However, as it relates to the charismatic traits of leader, prominence is placed on the way they communicate with members of the group and their ability to gain the trust of followers and inspire these individuals to perform.

A number of politicians have honed and developed the capacity to effectively communicate; working the room and making speeches addressing supporters and potential donors.  There are a lot of politicians who exude tons of personal charisma.

This is basically the capacity of the leader to be a moral and positive role model to their followers.  In addition, the transformational leader practices what he or she preaches and is always there in the trenches with the followers.  A good example of this leadership style is Dr. Martin Luther King, Jr.  These leaders are known to make the same sacrifices that they want the followers to make.  In an organizational setting, the charismatic and transformational leader occasionally becomes the “face” of the organization.  The late, great Steve Jobs is a prime example of this.

This is the other element of transformational leadership and charismatic leaders are renowned for it.  This is their capacity to motivate and inspire followers to execute at higher levels and to be totally dedicated to the cause or the organization.

Similarities and Differences between Charismatic and Transformational Leadership

Transformational leadership involves the use of charisma; however, transformational leaders are well-known for leading groups and teams that perform excellently.  In addition, they are noted for their ability to identify and foster leadership capacity in the followers.  They also devise methods of assisting the organization or group to innovate and change.

The Flip Side of Charismatic Leadership

In spite of the apparent concern and charm, charismatic leaders could very well be self-involved; thinking more about themselves than the people they are supposed to be leading.  A classic experience with charismatic leaders is that while having a conversation with them, the experience is similar to being bathed in a pleasant, warm glow and what they are saying is extremely convincing.  However, afterwards when their attention is focused somewhere else, you may start to question what was said or if there was any significance in what was said.

Charismatic leaders have values that are highly significant; however, this is only useful when these leaders are well-intentioned towards their followers and can transform and elevate the entire group.  If charismatic leaders are Machiavellian and selfish, they have the power to form cults and in effect rape the minds and even the bodies of the individuals they are leading.

The self-belief of charismatic leaders is quite high and some are of the belief that they are infallible and can blindly lead their followers into an abyss.  This elevated sense of self can result in psychotic narcissism as well.  This occurs when the need for worship and admiration and self-absorption result in followers being perplexed about the leadership.

Teams require effective leadership from leaders who must be able to project an inspiring and clear vision.  In an economic climate that is extremely challenging, it is that much more essential to keep the motivation and determination of team members on a high.

Charismatic leaders should not only want to stand out within an organization; they should have the overwhelming desire to transform the industry.  There is a great requirement for these leaders to possess exceptional communication skills that involve active listening, motivation and paraphrasing.  Charismatic leaders can use their superior communication skills to evoke certain emotions within followers and to transform initiatives via direct action from employees.