A far cry from war or even sports, “Take the Lead” focuses on dancing and the difficulties and life lessons learned by young students in the South Bronx, NY. In Take the Lead, Pierre, a European dancer specializing in the art of ballroom dance, sets out to change a group of wayward high school students into elite dancers. He initially wins over the students with a sultry interpretation of the Tango. He also strives to give them life lessons in determining their true destinies and even self-control. 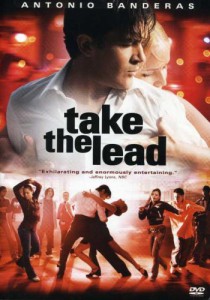 Although a theme of this type has been done before in the movies, this film was the first to use hip-hop music and culture as its primary genre. It was obvious that the intent of this film was to grab the attention of young, urban teenagers by using catchy rhythms, songs sung by popular artists, and the latest athletic, hip-hop dances. Even with all of the hip-hop themes, the film also has a jazz-pop undertone and attempts to blend the two genres through music and dance.

In addition to music and dance, this film has a few “sub-plots”: