Team work has been defined differently by different schools of thought and different individuals but all of them zero in on one idea that team work involves people working in a group or team to accomplish a given task. In this article, we shall look at all the various definitions of team work, the components and the benefits of team work. 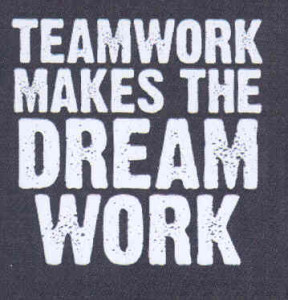 To start our definition of team work, we need to first look at what the term “team” means. By team, we simply refer to “a group of two or more persons who carry out some work related tasks, interact dynamically with one another, have a shared past and a foreseeable future and share a common fate together”.

Thus the term team work originates from the concept of a team and in simple terms refers to doing work in a team or group. According to Business Directory, team work has been defined as the “process by which a group of people work collaboratively to achieve a set or given goal/ task”. According to this definition, team work means that people will try to cooperate, using their different individual skills and talents to provide constructive feedback despite the fact that individuals may have personal conflict among themselves. This definition acknowledges that team work brings together ideologically different people, with different skill sets for the accomplishment of a set target or goal.

Team work can also be defined as work done by several associates, with each individual doing a particular task while foregoing personal prominence for the good of the whole organization at large. According to this definition, team work involves breaking down work into smaller tasks, with each individual being assigned a specific task with the overall aim being the achievement of the general or bigger goals.

Team work has also been defined by some scholars as “the cooperative and coordinated effort on the part of a group of persons who work together as a team or in the interest of a common cause”. Team work here involves not only cooperation but also coordination of activities/ tasks for the achievement of a common cause, which is normally the objective set forward by the organization.

Another definition of team work is of the view that it is “the sum of efforts undertaken by individual team members for the achievement of the group’s overall objectives”. According to this definition, every member of the team has to perform or contribute to the best of their ability if the pre defined goal is to be achieved. What counts at the end of the day is not individual performances but it is the collective performance of the team members that counts at the end of the day. 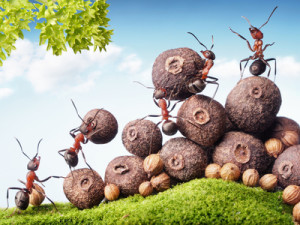 In health care, team work is viewed as “a dynamic process that involves two or more health care professionals who have complementary skills and backgrounds, sharing common health goals while at the same time exercising concerted physical effort in planning, accessing and evaluating patient care”. Team work can also be defined as “those behaviors that facilitate effective interaction among team members”. Team work here is looked at from the behavioral aspect and is seen as a way of creating effective interactions among members of a group with the sole aim being the achievement of a common purpose or goal.

Though the above definitions may differ in the way they try to explain the term team work, they all have two major aspects that they rotate around or that they are based on that is the existence of a team and the accomplishment of a given task as being the main reason for team work. All definitions of team work concur that teams are composed of different individuals with different ideologies and that all teams are set to promote cooperation and coordination of work with the ultimate goal of achieving certain objectives, tasks or jobs.