This film is another docudrama that tells the story of the United States Hockey Team that won the 1980 Winter Olympics gold medal. The U.S. Men’s Hockey Team’s win over the Soviet Union, a heavily-favored team, was deemed by many to be impossible. Thus this victory was given the name “Miracle on ice”. 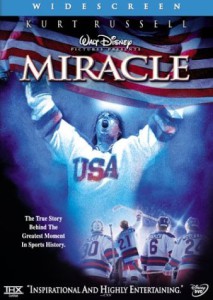 The subject of teamwork presents itself on several occasions: