The Bruce Tuckman Theory About Teamwork 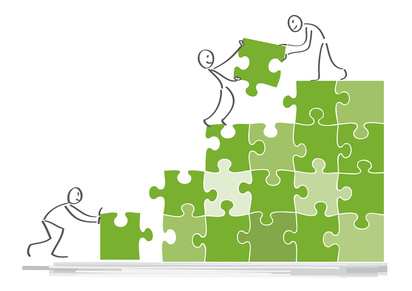 Bruce Tuckman, currently a psychology professor at Ohio State University, is one of the most influential thinkers in modern history. His research has spanned over fifty years, and his dissertations regarding the functions of a small group are revolutionary.

Released in 1965, the theory, also known as Tuckman’s stages, were made widely known to the intellectual community and contained four stages (later five) that would define the basic functions of a team in progress.

A Brief Analysis of Tuckman’s Stages

The four original stages of Tuckman’s model of group behavior were forming, storming, norming, and performing, with adjourning being added twelve years in later.

The stage of forming takes place when team or group members first meet one another. Tuckman explains how group members will explicitly attempt to avoid conflict in fear of giving off a bad first impression. According to Tuckman, very little work on the project at hand gets completed during this stage. This stage is more important for becoming acquainted and learning to work together.

The second stage is known as storming. There is a double-edged definition within storming because not only does brainstorming of different individuals’ ideas take place but the disagreements and arguments regarding these ideas also happen. Tuckman explains that this stage is a test of group members’ maturity and ability to compromise with others’ opposing ideas, two major necessities when in a team setting.

The third stage is norming, probably the most simple of the five stages. Norming takes place when storming completes and the group is ready to move forward with assigning roles and beginning physical production of work.

The fourth stage, performing, happens when the group or team begins to work as one cohesive unit in an efficient and productive manner. There is very little argument or hesitation; the project closes in on completion as the individual members become properly synchronized within their roles.

The final stage, added in 1977, is adjourning, which basically explains the process of letting go of one’s role in the team and the attachments they have made.

Contrasting Tuckman’s Stages with the Tannenbaum and Schmidt Continuum

Bruce Tuckman’s stages of group dynamics is not the only highly regarded theory defining group functions. The Tannenbaum and Schmidt Continuum talks about managerial and team roles and how much power the manager gives the employees to make decisions.

Basically, the manager can give more or less power to their team. If too little power is given to the employees, then the rest of the team may not function properly. If more power is given to employees and something goes wrong, the manager will be forced to take the blame, not for the project’s failure but rather for giving his team the kind of power he/she did.

Unlike Bruce Tuckman’s theory, Tannenbaum and Schmidt focused more on the manager as the primary role and what would potentially happen to the manager in these situations. On the other hand, Tuckman wanted to focus on the entire team as a cohesive unit. While compromise is a major contributor to the Tuckman theory, the Tannenbaum and Schmidt Continuum emphasizes the leader as the only decision-maker of the group; the team is merely just there for ideas and contributions.

Overall, Tuckman’s Stages is a much more balanced group effort, while the Tannenbaum and Schmidt Continuum is what one would find in a current corporation’s business meeting.

You might also read about other teamwork theories not mentioned here.